Jacques Nienaber believes South Africa are more than capable of salvaging the Castle Lager Lions Series after losing the opening Test to The British & Irish Lions.

The Springboks looked in good shape at the half-time interval in Cape Town, leading the tourists 12-3 courtesy of four penalties from Handrè Pollard in his 50th Test appearance.

Warren Gatland’s men turned the tide in the second half, however, overhauling the nine-point deficit with a try from Luke Cowan-Dickie and Dan Biggar’s boot.

Faf de Klerk crossed the whitewash for the world champions but an Owen Farrell penalty put the Lions 1-0 up in the series and left Nienaber to rue losing the aerial battle after the break. 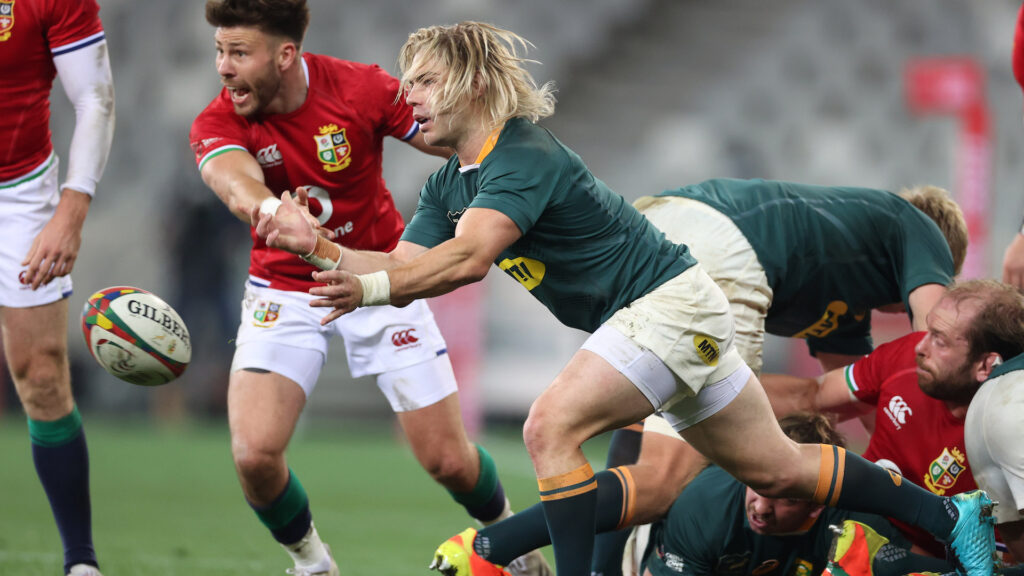 “The kicking game was won by us in the first half and we got the rewards, but the second half was a different story,” said Nienaber.

“They won that battle and it gave them territory, advantage in broken field play and we had to scramble, and could not cope.

“We were nine points up, so things were working for us – we were playing in the right areas. Our half-time talk was to step up at the breakdown and then our discipline fell away.

“We started to make mistakes, especially at maul time. We did not make the step-up needed when required. We can certainly salvage this.

“A proper review is needed, but we can sort it out, no doubt. It worked in the first half, and I believe what happened in the second half is fixable.”

South Africa dotted down three times but only De Klerk’s try stood as the other two were ruled out by the TMO and Nienaber reflected on the small margins that can decide games. 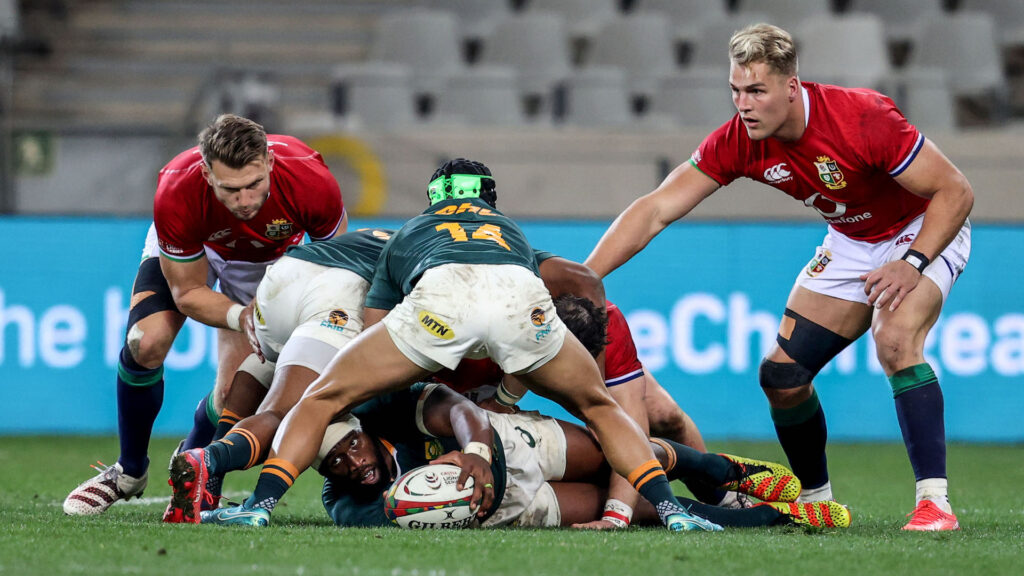 “I completely trust the officials, that is their jobs, they are the professionals in that field,” he said.

“They are in a better position and have many angles to look at.

“Sometimes these calls go against you, as we found out. In the second half we had three try scoring opportunities, twice we were called back. Those is the small margins in this game.”

The Springboks had only played one Test match – a 40-9 success against Georgia – since their World Cup success before taking on the Lions in the series opener.

But while a COVID-19 outbreak in their camp disrupted their preparations, Nienaber insisted that his side only had themselves to blame for losing the first Test to the Lions.

“We did not play a lot of rugby together, but we still had good cohesion in the first half,” he said. “What happened in the second half was not because of COVID, we lost the battle in the air.

“They kicked a lot and we planned for it. It worked in the first half and in the second half it did not. Our execution was not as good.”

Springbok captain Siya Kolisi also lamented the lack of execution and agreed with Nienaber that the effects of COVID had no bearing on the result.

“We did not get the maul going, and we need to look at that,” said Kolisi.

“They won the crucial balls in the air and the scraps that comes from that. Well done to them. We are back at work tomorrow and will start fixing what we need to.”